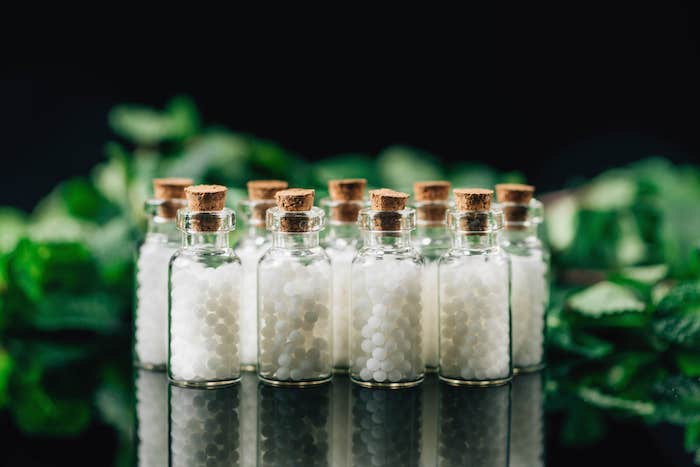 8 Drugs That Cause Erectile Dysfunction That You Should Know

At least half of all men 70 years or older have erectile dysfunction or ED. However, medical experts believe that this is a conservative estimate. Many people who have this condition, after all, tend to carry the burden alone. As if that’s not bad enough, erectile dysfunction now also affects younger people. Researchers found that at least one in four men younger than 40 also have ED. Underlying diseases, lifestyle, and dietary habits are some of the culprits behind ED. However, did you know that there are also drugs that cause erectile dysfunction?

That’s why it’s crucial to always seek your doctor’s advice prior to taking any medication.

We’ll help you get started, though, so be sure to read on to find out which drugs can cause erectile dysfunction.

Diuretics are a class of medications often used to treat high blood pressure. You may also know these drugs as “water pills,” as they help remove salt and water from the body. Many of them trigger the kidneys to release sodium into the urine.

There are many forms of diuretics, such as clonidine (Catapres and Catapres TTS). Thiazide diuretics, spironolactone, and guanethidine are also “water pills.” These are effective in combatting high blood pressure.

The issue is that some of these may trigger the development of erectile dysfunction. Of all these, however, thiazide appears to be the most implicated diuretic when it comes to ED.

One way that these drugs may cause ED is by decreasing the pressure of blood flow into the penis. Some may also cause ED by reducing the amount of zinc present in the body.

Beta-blockers are another class of medications designed to help manage hypertension. In addition, they have shown to minimize the risk of death by up to 40% in patients who’ve had a recent heart attack.

Beta-blockers work by blocking specific receptors in the nervous system. By blocking these “specialized” cells, they help dampen the force or the “pressure” of the blood flow. These include medicines like atenolol (Tenormin), metoprolol, and propranolol.

Some studies, however, have shown that certain beta-blockers may also affect erections. This may have to do with how these meds can impact epinephrine production.

Epinephrine is a chemical that constricts the blood vessels. The constriction, in turn, allows for more forceful blood flow. If the body lacks this substance, it may be unable to trigger an erection.

Some studies, however, also revealed that some beta-blockers actually help with ED. This includes nebivolol, which helps to relax blood vessels and even slow heart rate.

SSRIs are the most used form of antidepressants in North America. These include branded medications like Zoloft, Prozac, Celexa, and Lexapro. Generic versions available online include sertraline, fluoxetine, citalopram, and escitalopram.

SSRIs boost the amount of available serotonin in the brain. Serotonin is a type of neurotransmitter or chemical messenger. You may have heard of this referred to as one of the “happy hormones.”

In making serotonin more available, however, SSRIs may also affect hormones like testosterone. This, in turn, may have a negative impact on sexual arousal.

Some anti-ulcer drugs help heal peptic ulcers and prevent their reoccurrence. Cimetidine, for example, is one of the common medications used for such illnesses. It has some clinically-important side effects, one of which is occasional ED.

Erectile dysfunction after drug use may happen as these meds seem to have a hormonal impact. They may have an antiandrogenic effect, which may lead to reduced testosterone.

Antihistamines, such as promethazine hydrochloride, can save the lives of those with allergies. They work by blocking a chemical in the body called “histamine.” It’s a substance involved in allergic reactions.

The thing is, some of these drugs may also affect healthy erections and ejaculations. The good news is, their effects are only short term.

Propecia is a prescription drug that can help treat the signs of pattern hair loss. It can be a stand-alone medication or taken with other meds. It works by blocking an enzyme that seems to be a culprit behind androgenic alopecia.

In some people, though, researchers link the use of the med to erectile dysfunction. For example, one in 17 of studied patients with an enlarged prostate and taking the drug also had ED. The same goes for 1 in 31 of those who were taking it for baldness.

Anticholinergics are drugs used to treat various maladies like urinary incontinence. Some of the meds also help manage overactive bladder (OAB) and even treat poisoning. They work by blocking acetylcholine, another type of chemical messenger.

This blocking effect can then lead to the blockage of other neurotransmitters too. The thing is, some of these blocked messengers may have a role in sexual functions.

Some drugs used in chemotherapy may also result in erectile dysfunction. The good news is, it seems that the effects are only short-term.

Also, the effects vary, with some causing a temporary reduction in testosterone levels. Others may also cause dry ejaculation. Some patients, however, say that these don’t feel any different from regular ejaculations.

Other anti-cancer drugs may cause difficulties in climaxing. In some patients, a brief period of a loss of sexual interest may also occur.

The Solution: Picking the Right Alternatives to Drugs That Cause Erectile Dysfunction

As you can see, there are many drugs that cause erectile dysfunction. However, you should never skip these if the doc prescribes them. Doing so will only put you at a much higher risk of other severe health issues.

As such, one of your best options is to tell your doctor if you have signs of ED. This way, the good doc can prescribe you alternatives that won’t affect your sexual life.

We can help you out save a lot once you know what drugs you can take. Search our extensive collection of meds now so you can save up to 90%!

1. NCBI: Medical management of erectile dysfunction in aging males: Is it too late to treat?

2. Wiley Online Library: One Patient Out of Four with Newly Diagnosed Erectile Dysfunction Is a Young Man—Worrisome Picture from the Everyday Clinical Practice

3. NCBI: A review of the positive and negative effects of cardiovascular drugs on sexual function: a proposed table for use in clinical practice

5. NCBI: Beneficial effects of switching from beta-blockers to nebivolol on the erectile function of hypertensive patients