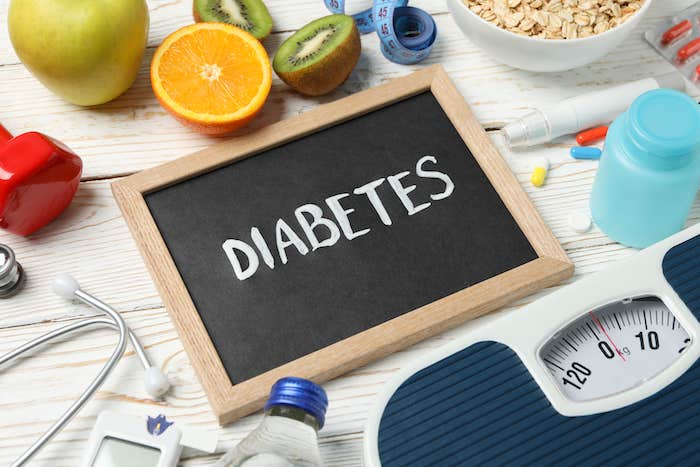 Know What’s What: Here’s the Difference Between Diabetes Type 1 and 2

Do you understand the difference between diabetes type 1 and 2?

While both conditions are technically the same disease, there are major differences between the two.

Not only do you get type 1 and type 2 diabetes differently, but you also have to treat them differently as well. One of them you’re born with, while the other one is something you develop later in your life.

Simply put, the two have some similarities. However, whether you’re someone living with diabetes or someone who just wants to understand the difference between the two conditions, there are many things you should know.

Here’s a breakdown of the two branches of this metabolic disorder.

Your blood sugar, like all things in the body, has to be regulated in order for you to be healthy. There are optimal ranges and levels that allow cells to maintain their health and vitality. If you go outside of these ranges frequently, cells can become damaged and even die.

Blood sugar, also known as blood glucose, is a type of energy found in your blood. It’s in the blood because your circulatory system transports sugar throughout the body to muscle and other tissues to provide energy.

But there’s an important hormone called insulin that helps make this process work. And for diabetics, both type 1 and type 2, this is part of the problem.

Insulin is one of the most important hormones in your body. It gets produced in your pancreas, then secreted into your body to help regulate the level of glucose in your blood.

Think about it this way: When you eat a meal, your body’s blood sugar naturally rises based on the types of food you eat. One reason doctors and health professionals say that you shouldn’t eat a lot of sugar is that it elevates your blood glucose level.

Refined sugars, like candy or ice cream, for example, essentially pass right through your stomach lining into your blood. This causes the blood sugar to elevate.

Insulin’s job is to counteract the spike of blood sugar caused by diet or other factors. Your brain sends signals to the pancreas to secrete an amount of insulin that will help “blunt” the effect of what you’ve eaten, helping to return your body’s blood glucose levels to something optimal for cell function.

Without insulin, your blood sugar would be erratic. This would result in cell death, and if left untreated, death.

The price of insulin can vary greatly. Canadians enjoy much cheaper artificial hormones on average than Americans, who often have to pay a fortune for the same necessary medicines.

Just so you know: All foods affect your blood sugar, but carbohydrates are the ones that have the greatest effect.

Proteins and fats do raise blood glucose a little bit, but the type of carbohydrates you eat really can impact your numbers.

It might be strange to hear, but broccoli and ice cream fall under the same category of “carbohydrates.” But one is considered good for you while the other is considered unhealthy in large part due to the corresponding insulin released after you eat it.

Broccoli, full of fiber and containing very little sugar, barely spikes registers. Ice cream, on the other hand, sounds the alarm for your body to release insulin.

If your diet is only based on simple carbohydrates that spike blood sugar, you’re far more likely to become overweight, which ultimately could lead to type 2 diabetes.

What Happens Without Insulin

Without insulin in the body, your cells are unable to use glucose (sugar) as energy. They will also start malfunctioning. Normal processes that occur within the organelles of the cell (parts inside each cell, like mitochondria) can’t perform their standard duties as well when blood sugar is off.

When blood sugar is too high, blood becomes more viscous. This makes it hard for neurons to fire messages between cells.

When blood sugar becomes too low, your cells don’t have enough energy to carry out their proper function. Left unchecked, this can result in irreparable cell damage or even cell death.

Now that you understand about the primary hormone that affects diabetes, it’s worth going over the two types, and how those living with these ailments go about managing diabetes.

Type 1 diabetes is something people are born with, or that appears very early in life. Essentially, a person with type 1 diabetes never has a normally functioning pancreas and is unable to produce enough insulin naturally to keep their blood sugar levels in an optimal range.

For this reason, it’s often referred to as juvenile diabetes or insulin-dependent diabetes.

Whereas type 1 diabetes is categorized as a naturally-occurring metabolic disorder, type 2 diabetes is largely the result of unhealthy lifestyle habits.

Typically, type 2 diabetics are overweight or obese and likely do not eat healthy foods or exercise often.

Unlike type 1 diabetes, type 2 is often reversible. Losing weight, changing your diet to a more wholesome, whole food diet, and exercising have all been shown to reduce or reverse the effects of type 2 diabetes.

Type 1 diabetics learn to manage diabetes. Ultimately, they’re going to be affected by the disorder for their entire life.

But there are a number of things type 2 diabetics can do to reverse or manage their diabetes.

Many doctors that specialize in the treatment of diabetes call exercise an essential part of any reversing process. Working out has been shown to normalize insulin resistance, and also has a potent effect on weight loss, which has been shown to reduce the effects of many metabolic disorders.

The old adage that “You are what you eat” truly does apply to type 2 diabetics.

Eating unhealthy foods that cause you to gain weight and secret insulin, over time, can severely damage the pancreas and cause someone to become a diabetic. Without making changes to how you eat, you will likely be forced to take medication or artificial insulin to combat a poor diet.

Not surprisingly, many type 2 diabetics find success with low-carbohydrate diets that have a positive effect on blood sugar. Whole food, low-carb diets like paleo, the ketogenic diet and the Mediterranean diet have all had positive results.

Doctors often work with patients to manage their diabetes by putting them on medications that normalize their blood sugar. Some medications they take also help combat the negative effects that can take place if your metabolism is not functioning correctly.

Even each condition comes about differently, both type 1 and type 2 diabetics have similar symptoms when suffering from this metabolic disorder.

*Please keep in mind that these are guidelines. If you think you might have diabetes, please consult a physician or your primary care doctor.

Symptoms of diabetes mellitus include the following:

Some specific symptoms may appear in both, however. For example, type 1 diabetics are more prone to mood swings or outbursts if their blood sugar levels are not optimal.

How Common Is Diabetes?

Over 400 million people in the world have diabetes, whether it be type 1 or type 2. In America, where there is an obesity epidemic, it is estimated that 1 in every 10 adults suffer from the metabolic condition.

You can attribute this to the fact that, generally speaking, people become less likely to exercise and often overeat as they get older. Statistically speaking, this increases the risk that your blood sugar levels can get out of whack.

There are no associations between gender or ethnicity when it comes to diabetes. The ailment affects both genders proportionally.

Thanks to modern health sciences, doctors and other health professionals are able to predict trends and address diabetes before it becomes a full-blown affliction.

Known as “prediabetes,” a routine blood sugar check can often identify that your pancreas is not functioning properly and your blood sugar levels are beginning to deviate outside the normal and healthy level.

Those who are overweight and sedentary are more likely to be in this range than those who aren’t.

Similar to how one would treat type 2 diabetes, treating prediabetes comes down to lifestyle changes. Improving your diet, exercising more, and taking certain medications can help get your blood sugar back to an optimal level.

Next time you see your primary physician, ask about getting your blood sugar tested as part of your routine health checkup.

How Do They Diagnose Diabetes?

Type 1 and type 2 diabetes occur at varying stages of life. As such, they are typically diagnosed in different ways.

However, there are some standard tests issued by doctors to determine if you have type 1 or 2 diabetes.

A1C tests are given to test your hemoglobin A1C. This form of hemoglobin is chemically linked to sugar, meaning that if your blood glucose levels are too high, it can be a good way to identify the problem.

Fasting plasma glucose (FPG) tests are the standard versions given in doctors’ offices. Measuring your blood glucose in a fasted state (on an empty stomach), a doctor finds out where your natural blood glucose levels are at.

These are the two most common tests. There are others, but chances are if you’re reading this, this is how a doctor would treat you for type 2 diabetes.

Difference Between Diabetes Type 1 and 2

To sum it up simply, the major difference between diabetes type 1 and 2 is that one is naturally-occurring while the other is the result of chronically poor lifestyle choices.

While the same malfunction is occurring at the cellular level—your body isn’t secreting enough insulin to keep your cell’s blood glucose levels within an optimal range—how you arrive there is entirely different.

For type 1 diabetics, they were simply born without a fully functioning pancreas.

Type 2 diabetics might actually be able to produce and secrete insulin still. It’s just that their body has become insulin resistant, meaning it’s so used to having the hormone in their blood because of a poor, high-sugar diet that the hormone doesn’t work like it’s supposed to.

Type 1 diabetes is all about managing symptoms and learning to live with a metabolic disorder.

Most type 2 diabetics can reverse or reduce their symptoms with lifestyle changes like more exercise, a better diet, and certain diabetes medications issued by a doctor.

Speak to your doctor if you think you’re suffering from diabetes, and be sure to check out the wide array of medications we offer fast and safely all over Canada.