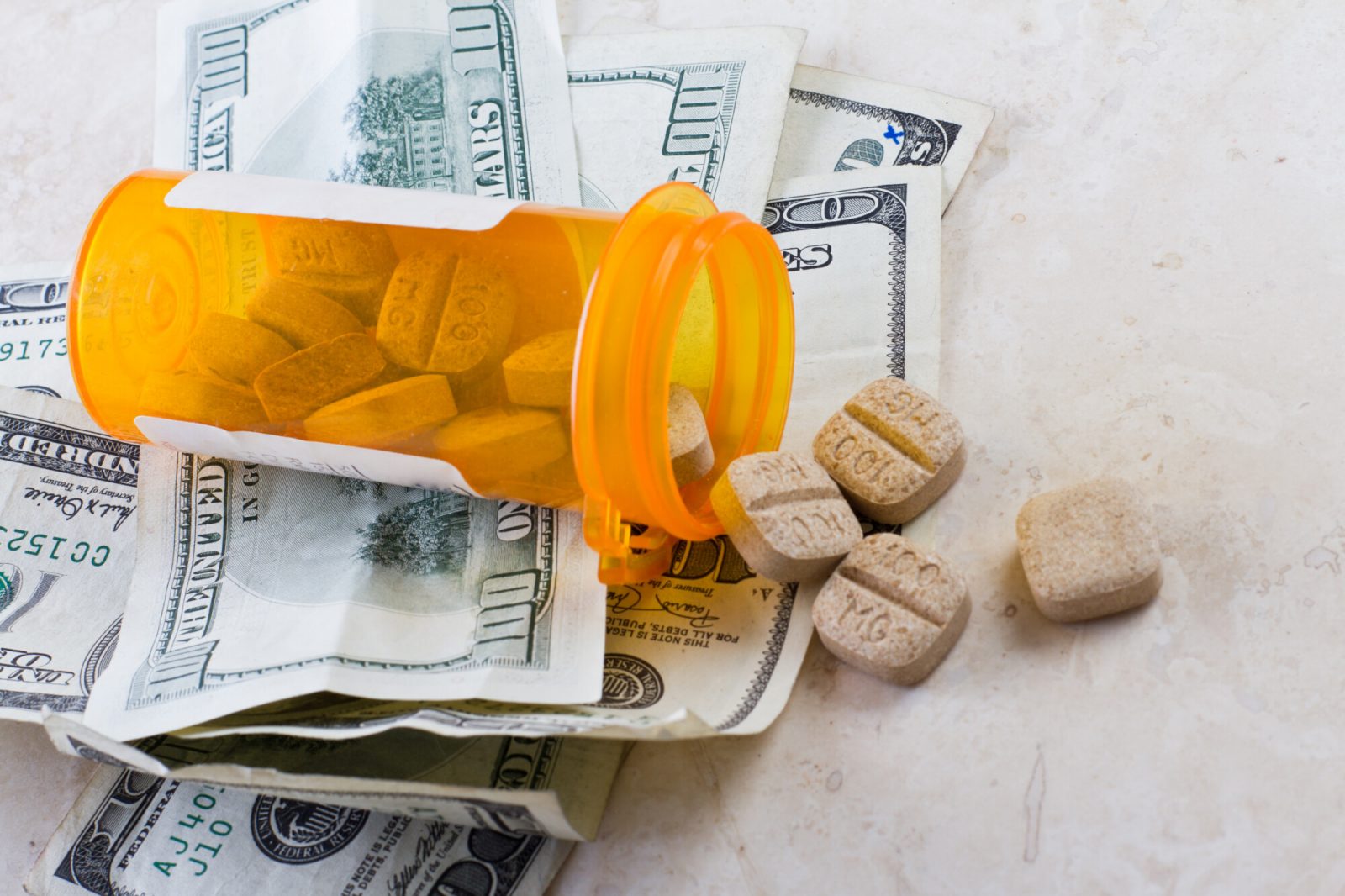 Why Are Prescription Prices So High?

Did you know that total drug spending in the United States skyrocketed to $576.9 billion in 2021? That’s a staggering 7.7% increase from the previous year!

Most of that spending, in turn, went toward covering prescription prices. After all, the average U.S. consumer pays more than $1,500 annually for these drugs. That’s much higher than in many comparable countries, Canada, for instance.

So if you now have to take such drugs yourself, you’re likely asking why they’re so expensive. Likewise, you’re probably wondering if there are ways to reduce the cost of prescriptions if you live in the U.S.

This guide addresses both questions, so keep reading to learn the answers.

Why U.S. Prescription Prices Are Exorbitant

A recent study found that, on average, prescription prices in the U.S. were 256% higher than in 32 other nations. And while the gap in the cost is lower compared to Canadian prices, it’s still a whopping 218%.

One of the primary reasons for that massive difference is that the U.S. lacks drug price regulations. Its government can’t and has no direct say on prescription medication costs.

As a result, U.S. drug makers are usually free to charge what they see fit for their products. From there, they can cite the high cost of new drug research and development as one of their reasons. R&D costs, in turn, can range from $113 million to more than $6 billion per new drug, according to some estimates.

That’s already a lot of money that U.S. drug makers can use as the basis for their prices. However, since they can more or less set a price they think the market can bear, they can go higher, which they often do.

As a result, consumers bear the burden of paying for expensive medications.

So, it’s no wonder that as many as an estimated 18 million people in the U.S. can’t afford to pay for their needed medicines. Indeed, one in 10 reported skipping doses to save money and extend their supply.

How to Save Money on Prescriptions

Living in the U.S., you may have thought about skipping prescribed doses to cut costs and save money. But please don’t because it can put your health at an even greater risk.

Besides, you don’t have to, as you can use the following tactics to lower your prescription drug costs.

Healthcare in Canada is cheaper than in the U.S. because of its universal healthcare system. Of course, it’s not free, but it’s way less expensive, and so are the drug prices. After all, unlike the U.S., the Great White North has drug pricing regulatory boards.

That’s a good enough reason to consider ordering medications from a Canadian pharmacy. However, be sure you work with a licensed pharmacy to stay safe when buying prescriptions.

Brand-name drugs are medicines made and sold by a company under a specific name or trademark. They also have patents, meaning only their manufacturer can produce and market them. Patents protect new drugs in the U.S. for a term of 20 years.

However, other companies can start making a similar drug once a patent expires. Their products, in turn, are generic versions of the brand-name drug.

Generic drugs work the same way as brand-name ones, although they don’t look alike. But the most significant difference is that generics cost much less. That’s because generic drug makers no longer have to spend as much on R&D as the formula already exists.

So, why not switch from a brand-name drug to a generic version? It’s one of the most effective ways to enjoy considerable prescription savings.

And if you order from a licensed Canadian pharmacy, you can save even more.

Pharmacy coupons are available for many of the most frequently dispensed medications. For instance, you can get up to $10 off when purchasing Cialis, a drug used to treat erectile dysfunction. You might also save $15 when purchasing Ozempic, an anti-diabetic medicine.

Those are just two examples, so take the time to look for other coupons when you buy prescriptions online.

In many cases, the higher the quantity of a drug purchased in a single order, the lower its per-unit price. In short, you can cut prescription costs and save more if you order more in one go.

That’s a considerable difference of $1.88 per unit! So, if you purchase 88 tablets in one go, you can save about $165. Moreover, you also get to ensure your supplies can last for at least three months.

Also, note that the figures above are for the brand-name drug. You can save even more if you opt for tadalafil, the generic version of Cialis. A 28-tablet supply of tadalafil can only costs $1.14 per unit ($32 in total), while 88 tablets can cost $0.68 per unit ($60 for all).

Don’t forget to check an online pharmacy’s shipping costs. Some charge a standard courier service fee of about $10 per order for U.S. addresses.

Fortunately, some reputable Canadian pharmacies will ship your meds for free, even if you are in the U.S.

Now you know that prescription prices in the U.S. are so high due to its lack of pricing regulations. However, you’ve also learned that you don’t have to keep paying for such exorbitant costs. With the help of a licensed Canadian pharmacy, you can order your medicines for much less.

If you’re ready to protect your health with low-cost meds, Canadian Pharmacy Online is here to help. So, feel free to call us today and buy your prescription drugs for much less!