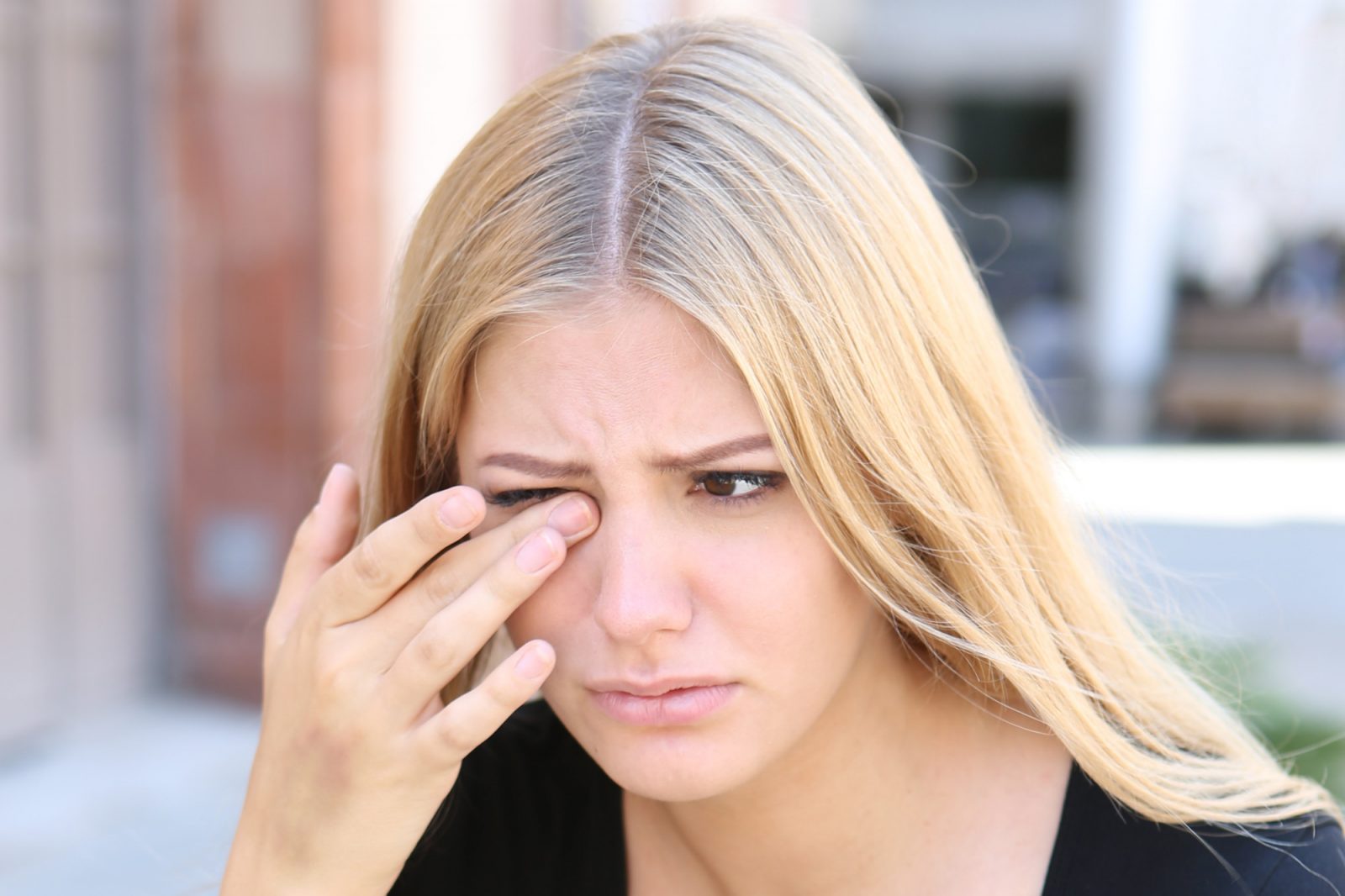 Why Is Restasis So Expensive?

The typical American finds paying for prescription drugs challenging. Most American families don’t have $400 saved for emergencies. What do we do when prescriptions cost almost twice that every month?

One of the most persistent puzzles of our healthcare system is why everything costs so much. For instance, take the prescription eye treatment Restasis.

It turns out there’s an answer to this question. And, in even better news, there are a few ways to save money on Restasis today. Read on to learn more.

Restasis is cyclosporine. Cyclosporine is an immunosuppressive drug that helps organ transplant patients. It keeps the patient’s body from rejecting the new organ.

Over time, this treatment alleviates inflammation. This restores lacrimal glands to full functionality.

What Does Restasis Cost in the United States?

In the United States, the wholesale acquisition price of Restasis is $586 per month. That’s roughly $7,032 per year.

That said, prices vary. Insurance coverage and pharmacy discounts impact what patients actually pay for the drug. Also, the retail price is typically higher than the wholesale price.

Why Is Restasis so Expensive?

Are you wondering why Restasis is so expensive? Healthcare costs are a complex issue. But, the extraordinary price of Restasis works as a case study in price inflation.

After all, Restasis is based on the drug cyclosporine. Cyclosporine has been around since the 1970s. And Restasis itself reached initial approval in 1983.

A newer cyclosporine variant is Astagraf XL®. Doctors prescribe it to organ transplant patients. As of 2021, the acquisition price of the lowest Astragraf XL® dosage was $72.76.

Both Restasis and the minimum dosage Astragraf XL contain the same amount of cyclosporine.

Why is the difference between Restasis and Astagraf XL® so dramatic?

You might think the production cost differs. Unfortunately, it’s hard to determine what the core cost of production is for any given drug.

Pharmaceutical companies try to keep these costs secret. This may be to prevent accusations of profit margin inflation.

Yet, even without this information, we know three reasons Restasis costs so much in the United States.

In some countries, the federal government sets or regulates drug prices. However, this isn’t the case in the United States.

Each insurance company meets with drug companies. Then, it attempts to negotiate the price of the drug to keep costs low for its beneficiaries.

Unfortunately, insurance companies don’t have much leverage to negotiate. An insurance company can refuse to cover a drug if the pharmaceutical company disagrees with its price.

Because insurance companies are divided in competition, they’re easy to conquer. In essence, pharmaceutical companies get to set the prices they want.

The federal government does not have unilateral power to set drug prices. But, it can negotiate prices on behalf of Medicare and Medicaid.

Unfortunately, these efforts are hampered as well.

In theory, Medicare and Medicaid act as conduits between drug makers and patients. Government negotiators have room to walk away from the table since drug companies can’t afford to lose their business.

In practice, though, federal laws require Medicaid and Medicare to cover all FDA-approved drugs. This hampers the government agencies’ negotiations.

Even without this handicap, federal negotiators may not be trying very hard to reduce drug prices. This is because drug companies hire lobbyists.

In one ten-year analysis, pharmaceutical companies spent, on average, $1.5 billion each year lobbying Congress. Most drug companies hire two lobbyists for every member of Congress.

This lobbying includes formal presentations, informal meetings, and campaign contributions. Among themselves, drug company leaders point to lobbying as a source of their wins.

Recently, Congress has passed bills in the House to reduce drug pricing. Pharmaceutical lobbyists oppose these bills. Some lobbyists have succeeded in dividing Democratic support for reform bills.

Drug company lobbyists argue that high prices are the cost of innovation. But, other experts claim this isn’t true.

In fact, taxpayer-funded projects are responsible for as many medical breakthroughs as for-profit companies. And, even those large pharmaceutical firms benefit from government funds, which are filled through taxes.

The U.S. Budget Office notes pharmaceutical spending on R&D has increased. In the past ten years, costs have risen dramatically. With this, so has the cost of government subsidization, mainly through Medicare.

Despite these factors, lobbyists are often persuasive. Their rhetoric impedes attempts at government oversight.

In Canada, Restasis is much less expensive. In contrast to the United States, Canada has a single, federally-funded healthcare system.

The Canadian healthcare system maintains leverage in negotiations. It’s willing to leave the table. It will not pay for medications if it believes the costs outweigh the benefits.

Because it isn’t trapped (as Medicare is), the Canadian government can negotiate closer to its desired drug price.

Drug companies prioritize making a profit. One way to make a profit is to drive up demand. Marketing makes this happen.

Money spent on marketing is a gamble. The company hopes to recoup the expense with increased sales of the drug.

This is easier to do if each drug has a higher profit margin. If a drug’s profit margin is high, the company doesn’t need to sell as many units to recoup expenses.

In the United States, drug companies can legally advertise their products directly to consumers. This strategy is illegal in Europe, the UK, and Canada.

In the United States, these direct-marketing tactics are legal. They can lead to significant rewards for pharmaceutical companies. But, this increases the incentive for profitable drugs.

Without the expense of marketing departments, there’s one less thing Canadian prescription drugs have to pay for.

Poor government negotiation and marketing costs drive up the price of every drug. But Restasis, in particular, demonstrates how companies inflate drug prices by manipulating patent law.

This manipulation can create monopolies. Monopolies circumvent competitive pricing by eliminating the competition.

What Are Drug Patents?

Drug patents are exclusive intellectual property rights. If a company patents a molecular compound (like a drug), the United States grants that company the exclusive right to produce the drug for twenty years.

This exclusive status creates a monopoly. However, the monopoly is time-limited.

Patents are meant to reward invention. An effective patent system encourages innovation rather than companies merely ripping one another off.

Allergen invented Restasis. It patented the current formulation of Restasis in 2003. So, legally, Allergen’s exclusive production rights end in 2024.

But, the company wanted to evade competition from generics. So, in 2017 it attempted to sell its patent rights to the St. Regis Mohawk Tribe.

The St. Regis Mohawk Tribe is an indigenous sovereign nation. As such, not all U.S. laws and regulations apply to tribe members.

Allergen hoped the St. Regis tribe could maintain exclusive rights to produce Restasis after 2024. Allergen would have to license production rights from the tribe.

In 2018, the U.S. Patent and Trademark Office sided with generics companies. The Restasis patents weren’t valid. And, sovereign immunity did not legally enable non-compliance with Hatch-Waxman.

Canada’s drug patent laws are different from the laws in the United States. In Canada, a generic drug manufacturer may put their version of the drug on the market while the patent is still in effect.

To do this, the generic drug company must assert that it does not infringe on the patents. Or it must argue that the patent is invalid. Companies make these assertions out-of-court.

In Canada, drug companies introduced a non-infringing version of Restasis to the market. It may be similar to a compound Allergen patented in 1995. This compound used a different ratio of cyclosporine to glycerin.

Currently, generic Restasis’ price is $90 / month in Canada. It is not available in the United States.

You can order Restasis today. And, you can pay less for it. The primary ways to save money on Restasis are:

In Canada, name-brand Restasis only costs $120. That’s 80% off the wholesale acquisition price in the United States. Or, to put it another way, Restasis is five times cheaper in Canada than in America.

People in the United States can order Restasis from Canada. Canadian online pharmacies are legal, safe, and much less expensive. These pharmacies offer American patients drugs at Canadian prices.

It’s legal to order Restasis from Canada in most circumstances. Currently, U.S. Congress is debating over the letter of the law. But, most legal scholars agree ordering prescription drugs abroad doesn’t violate the law’s spirit.

Practically speaking, no agent in border patrol or U.S Customs wants to arrest an American for transporting eye drops. Drug import laws are meant to stem the flow of dangerous, addictive substances. Restasis isn’t in that category.

In a thought piece published on Web M.D, one legal scholar explained the keen awareness government agents have. Politicians know citizens hold them liable for the failures of this country’s healthcare policies.

Canada has inexpensive medications that Americans want. 78% of Americans support legalizing medicines from Canada. Standing in the way of Americans’ pursuit of commerce and physical health seems, well, politically unwise.

Importing Restasis from Canada is as safe as buying Restasis at your local pharmacy. This medicine isn’t known to cause addiction.

It’s reasonable to feel wary about ordering drugs online. After all, you may have heard stories of less-than-scrupulous companies selling fraudulent products.

Some online pharmacies have a geographic “home base” in Canada. Any pharmacy with a street address is subject to regulations in its province.

So, to see if a pharmacy based in, say, Nova Scotia is legitimate, you would see the NS Pharmacy Regulatory Board. You could look up the pharmacy and discover any warnings or public notices about it.

We can answer questions like, “Why is Restasis so expensive?” But, better than that, we can give you options.

90DayMeds is an online Canadian pharmacy. We’re ready to get you the medications you need at a price you can afford.

You can get any prescriptions drug using our secure online order system. And you’ll only pay Canadian prices.