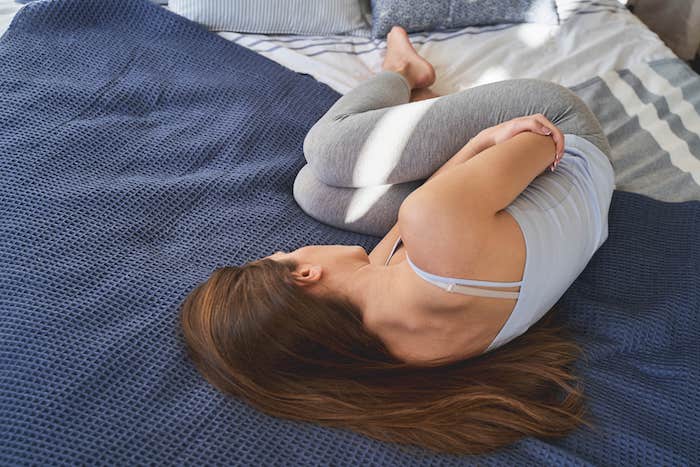 Everything You Need to Know About Using Wellbutrin XL for Depression

If you suffer from depression, you might be looking into different kinds of medication to help you on your path to treating and recovering from your condition.

Different types of antidepressant medications work for different people, and it often takes trialing several before finding the perfect fit. Wellbutrin XL might be the medication for you.

If you’ve been prescribed Wellbutrin XL already, or you’re doing research before a doctor’s appointment, you might be curious as to what it actually is and what it can do for you. If so, you’re in the right place.

To learn all about Wellbutrin XL, keep reading.

Wellbutrin XL (otherwise known as bupropion) is a medication that has a variety of uses but is most commonly used for the treatment of depression. The XL indicates that it is the extended-release version of the medication.

Unlike many antidepressants, it’s not an SSRI (selective serotonin reuptake inhibitor) or an SNRI (serotonin and norepinephrine reuptake inhibitor), making it beneficial for people who have attempted both types of medications and received no results (or have had poor results).

Many people like Wellbutrin if they’re unable to get results from other common antidepressants as it doesn’t commonly have the side effect of dampening libido or sexual function. In some cases, Wellbutrin XL may be paired with another type of antidepressant medication.

Wellbutrin XL Has Many Uses

Wellbutrin XL is most commonly used for depression but has several other uses as well. It’s proven effective in treating Seasonal Affective Disorder, and has off label uses in treating certain types of Bipolar disorder, anxiety, and ADHD. Some people use Wellbutrin for weight loss under the guidance of their doctors.

It’s always important to consult with a doctor before attempting to start a medication like Wellbutrin XL, as they will monitor your reactions to the medication and see if it will be the right fit for you.

Most medications carry some form of side effects that range from mild and tolerable to severe depending on the person who is taking them. They vary from person to person and may be impacted by other medications that you take or any other health conditions that you suffer from.

Some of the side effects that you may encounter include:

There are others not listed.If these side effects don’t fade away after a trial period of your medication, or if they become too bothersome to bear or increase in severity, talk to your doctor about a change in dosage or the potential discontinuation of the Wellbutrin XL.

Wellbutrin XL side effects can also include an increased heart rate and blood pressure. While a slight increase is rarely anything to worry about, if you monitor your blood pressure and heart rate and find that either are uncharacteristically high, contact your doctor for further instructions.

Side effects to medication are completely normal, and often fade or disappear completely over time. Managing mild side effects can be difficult initially, but it’s important to keep in contact with your doctor and not quit the medication cold-turkey.

Wellbutrin XL is an extended-release drug, meaning that it releases and works through your system throughout the day. It has a half-life of roughly 33-37 hours with the effectiveness dwindling over time.

Patients generally start Wellbutrin at 150 mg 1 time per day, typically taken in the morning to avoid issues with sleeping (though this may vary from person to person depending on their schedules). If a dose is missed accidentally, the patient shouldn’t double up the next day, but proceed as normal with the next scheduled dose.

If the patient finds that the dosage isn’t fully meeting their needs, the doctor may adjust it higher or switch to a different type of Wellbutrin before switching medications entirely. Wellbutrin is also available in a sustained release format that may suit some patients better depending on their specific condition.

A Few Precautions and Interactions

As with any medications, certain drug interactions can occur and it’s important to take precautions while taking it.

Your doctor should be aware of any medications that you take before you begin taking the Welbutrin XL. Because the drug can cause dizziness, it can interact with alcohol and marijuana (which both also can cause some dizziness). It’s prudent to avoid alcohol while taking antidepressants.

Make sure that you share a list of all of your prescription and non-prescription medications with your doctor, even if they’re herbal supplements. Welbutrin can react with other antidepressants, antipsychotics, MAOI inhibitors, amphetamines, and other medications not listed, even over-the-counter products.

To avoid any problems down the line, it’s best to make sure that your doctor is well aware of everything that you’re taking so that they’re best able to protect you.

Is Wellbutrin XL For You?

Wellbutrin XL is a unique antidepressant, alone in its class. It has many other uses, and is even, in some forms, used as an anti-smoking aid.

This unique medication might be right for you if you’re suffering from depression that isn’t being fixed by SSRIs or SNRIs. Working together with therapists and psychiatrists will help you figure out which medication is right for you.

For more posts like this on medical topics, or to see our online pharmacy, visit our site.