Select your dosage below to view Onglyza cost and place your order. Save up to 90% and get FREE standard shipping on prescription medication delivered to your door. 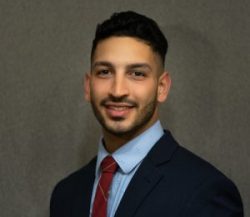 When Dr. Maaiah is not working, he enjoys spending time with his family and friends, doing outdoor activities, working out, and reading.

How to buy Onglyza (Saxagliptin) online?

Onglyza (Saxagliptin) can be ordered online through CanadianPharmacyOnline.com or by calling 1-800-828-4489 and speaking to customer support. The chat feature can also be used for support. For more information please visit the “How to Order” page.

Is a prescription required?

What is the maximum amount that can be ordered?

Is it safe to order Onglyza (Saxagliptin) from Canadian Pharmacy Online?

Absolutely. All our partner pharmacies are fully licensed and certified in their respective countries. We ensure that your shopping experience is safe and secure with our Norton Shopping Guarantee. We operate just like your local pharmacy would, with our main priority being to provide you access to safe and affordable prescription medication.

How much does Onglyza cost?

At CanadianPharmacyOnline.com, we make sure to keep drug prices low.

What is the lowest price of Onglyza per unit?

Is this price for Onglyza without insurance?

The listed prices mentioned above are without insurance. Unfortunately, we do not accept insurance. However, we will give you an official receipt which you can use to apply for reimbursement with your insurer. We are unable to adjudicate with US insurance providers.

Why is Onglyza cheaper from Canada than from the United States?

Drug prices in Canada and some other countries are negotiated and regulated. The US is a free market economy which is why the price differs; pharmaceutical suppliers charge what they deem appropriate for the product. As a result, we offer lower prices to our patients as we utilize medications from these countries.

Is there an Onglyza coupon available?

Sorry, we do not have an Onglyza coupon available at this time.

Is there a lower cost generic Onglyza (Saxagliptin) available?

Onglyza (Saxagliptin) is not available as a generic alternative in the United States. It is available in other countries.

How much cheaper is generic Onglyza (Saxagliptin)?

Generic drugs are much cheaper than the brand name version, often 40-60% less in cost.

What is the difference between brand and generic Onglyza (Saxagliptin)?

Generic formulations of medications contain the same active ingredients and meet the same quality, strength, and purity standards as the brand formulation.

Is shipping available to the United States?

Yes. An email notification will be sent to you once the item has been shipped. We ship nationwide across the United States.

How much does shipping cost?

If a product of Canada is available then express shipping can be selected with an estimated delivery time of 3-5 business days. You have the option at the checkout page to select the express shipping option ($25) if available for that medication source.

How to refill a prescription?

Refilling your prescription is made easy with Canadian Pharmacy Online. You can sign into your online account and view your previous orders and see which prescriptions we have on file. Placing a refill order online is made simple by accessing the reorder section in your account.
You can also call us at 1-800-416-8019 and speak to customer support to place a refill. Our live chat is also a great place to connect with us to place a refill order while you are on the go.

We do not automatically refill prescriptions as there can be cases where you are no longer taking the medication, your doctor has changed your dose, etc. However, we provide a friendly refill reminder service. We will kindly notify you by phone or email as to the best time to place a refill order based on your prescription history.

What is Onglyza (Saxagliptin)?

Onglyza (Saxagliptin) is a prescription medication that is classified as a dipeptidyl peptidase 4 (DPP-4) inhibitor.

What is Onglyza used for?

It is used for the treatment of type 2 diabetes mellitus (adjunct to diet and exercise) as monotherapy or combination therapy.

How does it work?

It inhibits the DPP4 enzyme which is responsible for metabolizing GLP-1 enzymes which are useful for lowering blood glucose levels by increasing insulin release and decreasing glucagon levels.

How do I take Onglyza?

Take your Onglyza (Saxagliptin) by mouth with or without food at the same time every day as directed by your doctor.

What dosages are available?

Onglyza (Saxagliptin) comes only as a brand name in a 2.5mg or 5mg tablet.

What is the recommended dosage?

Typically it is dosed 2.5mg once daily but take as directed by your doctor.

What is the maximum dosage?

The maximum recommended dosage is 5mg/day.

What if I miss a dose?

Take the medication as soon as possible if you have missed a dose. If it is almost time for your next dose, skip the missed dose and return back to your regular schedule. Never double the dose.

What should you know before you take Onglyza (Saxagliptin)?

Severe/disabling arthralgia has been reported with DPP-4 inhibitors. Onset can occur within a day to years after starting therapy.

Bullous pemphigoid development has been associated with DPP-4 inhibitors.

Hypersensitivity reactions (immediate), such as anaphylaxis and angioedema, have been reported and are not dose-related.

Cases of acute pancreatitis, chronic pancreatitis, and pancreatic cancer have been reported with use of incretin-based therapies (e.g., DDP4 inhibitors and glucagon-like peptide 1 [GLP-1] receptor agonists).

Severe hepatic impairment (Child-Pugh class C) does not have any dose adjustments in the manufacturer’s labeling (has not been studied).

Dose-related decrease in lymphocyte levels has been reported, but clinical significance is not known.

Acute pancreatitis has been reported with use.

Treatment with a DDP-4 inhibitor has been associated with heart failure. However, a large-randomized, double-blinded study in patients with established cardiovascular disease and type 2 diabetes showed that the occurrence of the primary composite outcome (history of major CAD, atherosclerotic peripheral arterial disease, or ischemic cerebrovascular disease), the occurrence of the primary composite cardiovascular outcome (nonfatal MI, nonfatal stroke, cardiovascular death, or hospitalization for unstable angina) with sitagliptin was found to be noninferior to placebo. The rate of hospitalization for heart failure did not differ between the two groups. The American Diabetes Association (ADA) suggests that DPP-4 inhibitors (except saxagliptin) can be considered in patients with heart failure.

What are the side effects of Onglyza (Saxagliptin)?

Some common side effects include:

Speak to your doctor for a full list of side effects that apply to you if you are taking Onglyza.

Does this medication interact with other drugs, foods, or alcohol?

Avoid use with fusidic acid and abametapir Risk Category X).

How should this medication be stored?

It is important to check your blood sugars daily and  write the readings down.

The above information is an educational aid only. It is not intended as medical advice for individual conditions or treatments. Talk to your doctor, nurse or pharmacist before following any medical regimen to see if it is safe and effective for you.

Save $10 on your first order!
Code
CPO10
Enter Canadian Pharmacy Online coupon code CPO10 to save $10 off your order. Minimum $50 order value. *Coupon codes are one-time use and cannot be combined.

Is Onglyza (Saxagliptin) an insulin?

No. Onglyza (Saxagliptin) is a DPP-4 inhibitor.

Are Januvia and Onglyza (Saxagliptin) the same?

No. Januvia and Onglyza (Saxagliptin) are different medications, but both are DDP-4 inhibitors.

Is Onglyza (Saxagliptin) generic yet?

No. Onglyza (Saxagliptin) is currently only available as a brand.

What kind of drug is Onglyza?

Onglyza (Saxagliptin) is a DDP-4 inhibitor and works by prolonging active incretin levels, which regulate glucose homeostasis by increasing insulin synthesis and release from the pancreatic beta cells as well as decreased glucagon secretion from the pancreatic alpha cells.

Does Onglylza have metformin in it?

No. Onglyza (Saxagliptin) only has saxagliptin in it as the active ingredient.

The above information is an educational aid only. It is not intended as medical advice for individual conditions or treatments. Talk to your doctor, nurse or pharmacist before following any medical regimen to see if it is safe and effective for you.

ANNOUNCEMENT: We have rebranded with a brand-new logo and website. We look forward to providing our patients more medications, better discounts, and new services. Existing patients will be able to login and place orders as usual. Thank you for ordering with 90-Day Meds and welcome to Canadian Pharmacy Online!