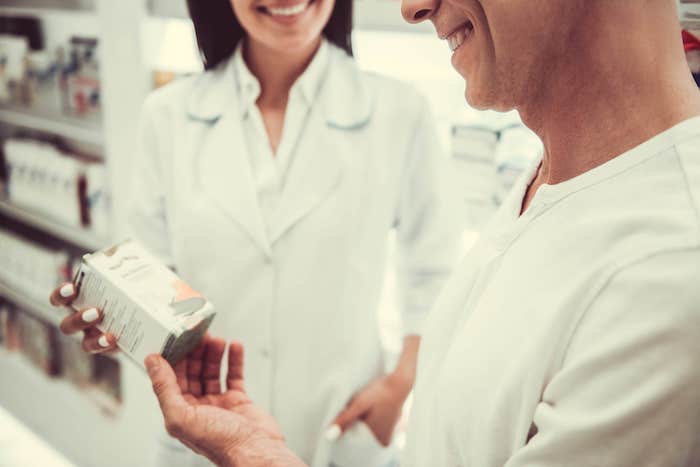 How Long Does It Take for Cialis to Work?

Studies found that erectile dysfunction (ED) affects 3% to 76.5% of the world’s male population. What’s more, it appears that men with ED have a higher risk of cardiovascular disease (CVD). Researchers also suggest that ED may be a risk factor for dementia.

In North America alone, an estimated 22% to 57.8% of men have erectile dysfunction.

Fortunately, prescription medications can help manage erectile dysfunction symptoms. This includes Cialis, one of the most common ED treatments. It’s popular not only because it’s effective, but also because it doesn’t take long to work.

With that said, we created this guide listing the most crucial Cialis facts you need to know. So, read on to learn how it works, when to take it, and other dos and don’ts of this drug.

What Exactly Is Cialis?

Cialis is one of the brand-name versions of the prescription drug tadalafil. The US Food and Drug Administration first approved its use for treating ED as-needed in 2003. Then, in 2008, the FDA approved its once-a-day use for people with erectile dysfunction.

Cialis is a type of drug known as phosphodiesterase type 5 (PDE5) inhibitors. PDE5 inhibitors, in turn, cause vasodilation. Vasodilation refers to the relaxation and widening of blood vessels.

So, when you take Cialis, it causes the blood vessels in the penis to open up wider. As a result, more blood can flow through the penis’ blood vessels. This increased blood flow then helps the penis obtain and sustain an erection.

Those are some of the top reasons PDE5 inhibitors, such as Cialis, are the most popular pills for treating ED.

It’s important to note that PDE5 inhibitors only work if nitric oxide (NO) is present in the body, though. NO, in turn, is a molecule naturally released by the body during sexual arousal. For this reason, you need to feel sexually aroused for Cialis to work.

How Long Before Cialis Takes Effect?

Studies found that tadalafil, the active ingredient in Cialis, can work in as little as 20 to 30 minutes.

When Should You Take It?

Cialis may work in some people within just 20 to 30 minutes from when they take the drug. In this folks, taking the drug half an hour before sexual activity may give the drug enough time to take effect.

However, results still vary based on factors like the type of Cialis you take, your age, and your diet. The same goes for if you take other medications or if you have other existing health conditions.

If you need to take a once-a-day Cialis prescription, you’re likely to start treatment with a 2.5 mg dose. Because this is the lowest dosage, your doctor may tell you to take it in the morning. This should give your body enough time to process the medication.

It’s also best to take your daily Cialis dosage at the same time every day. So, if you take your first ever dose of Cialis at 9 AM today, then be sure to take your next dose at 9 AM in the succeeding days. This helps ensure you have enough of the medication in your system every day.

Don’t worry about Cialis not working in time for sexual activity, as tadalafil has a half-life of about 17.5 hours. Half-life refers to the estimated time it takes for 50% of a drug to exit your body.

So, it would take 17.5% hours for your body to excrete half of Cialis’ concentration in your system. This also means that the effects of this ED medication can last for 35 up to 36 hours.

For that reason, even if you take Cialis at 9 AM today, it won’t be until 2:30 AM the next day for it to only be half as effective. That’s why it’s fine to take it in the morning, even if your plans of having sexual intercourse won’t be until tonight. It may even be effective up until 9 PM the following night.

If your doctor prescribes Cialis as needed, your dosage would likely start at 10 mg. However, even if this is a higher dosage, your doctor may still tell you to take it one to two hours before sex.

It’s also a good idea to track how long your body takes to respond to Cialis during your first few days of treatment. This way, your doctor can determine if there’s a need to adjust your dosage and timing. If you’re still young and otherwise healthy, you may be one of those who feel its effects quickly.

How Your Age Can Affect Cialis

Testosterone, a hormone believed to drive and regulate libido, decreases with age. According to researchers, total testosterone levels in men drop by 1.6% each year on average. They also say that bioavailable levels of the T hormone shrink by 2% to 3% per year.

Because of its perceived role in sexual drive, having low T levels may affect a man’s ability to feel aroused. Now, remember that Cialis needs the NO molecule, the release of which has to do with arousal. For this reason, it may take the drug more time before it takes effect in older men with low testosterone levels.

On the other hand, some men may also experience having Cialis in their system for longer periods. One reason is that their bodies may need more time to process the entire quantity of the medication. So, it’s not uncommon for some older men to feel the effects of Cialis for more than 36 hours.

Speaking of which, it’s best to avoid taking more than one dose of Cialis within a day or a 36-hour period. Otherwise, you may be at risk of Cialis side effects, such as a prolonged yet painful erection. Known as priapism, sustained erections can cause permanent damage to your penis.

You also don’t want to take more than your prescribed Cialis dosage, as it can cause your blood pressure to drop. Low BP, in turn, can result in symptoms like dizziness, nausea, fatigue, or lack of concentration. None of these effects can help you achieve an erection, so it’s best to avoid them in the first place.

The Role Your Meals Play

Eating a big meal before you take Cialis can force the medication to take longer to work. One reason is that heavy meals can divert more blood flow to the stomach and intestines. Consequently, less blood goes to the penile blood vessels.

Since less blood flows to the penis, a lower concentration of Cialis may also reach the blood vessels. As a result, it may take longer to obtain an erection, much less sustain it.

Foods that are high in fat can also have the same impact on Cialis.

So, to maximize the results of each Cialis pill you take, avoid eating hefty dinners. Besides, having a heavy stomach may also impair your performance in bed.

CYP 3A4 Inhibitors and Cialis Safety

Grapefruit or anything with grapefruit may also affect how Cialis works in the body. These results from the fruit (and its derivatives) inhibiting the CYP 3A4 enzyme.

CYP 3A4, found in the small intestine, is an enzyme that helps break down or metabolize drugs. As such, if something inhibits this enzyme (i.e., grapefruit), it can take longer to break down drugs. So, if you take grapefruit and Cialis together, more of the latter enters and stays in your system.

Now, that may seem like eating grapefruit before taking Cialis is a good thing, as CYP 3A4 may make it work faster. However, while this can happen, it can also result in the drug causing more side effects. Such adverse effects may include headaches, diarrhea, upset stomach, and muscle aches.

Some medications are also specifically CYP 3A4 inhibitors. These include Ketoconazole and erythromycin, to name two. As they inhibit CYP 3A4 that breaks down Cialis, they can cause the same effects as grapefruit.

How Your Health Affects Cialis’ Onset of Action

How long before the effects of Cialis occur also depends on what exactly is causing your ED. For example, mismanaged diabetes, heart disease, or atherosclerosis may make ED worsen. The same goes for obesity or untreated high cholesterol or blood pressure levels.

The more severe the root cause is, the more serious the symptoms of erectile dysfunction can be, too. In this way, Cialis’ onset of action may take longer than in people with ED but otherwise healthy.

Mental illnesses, such as anxiety, depression, and mood disorders, may also affect Cialis. These conditions may interfere with the brain and the body’s sexual responses. For example, they can make it difficult to feel aroused or dampen your mood to have sex.

Now, remember that the feelings of arousal are necessary for Cialis to work. So, not having enough of these may delay the drug’s effects; thus, it might take you longer to obtain an erection.

In small amounts, alcohol can serve as a stimulant, which is why some folks “loosen up” after a drink or two. However, under clinical categories, it’s a depressant, as it slows the nervous system. So, when taken in large amounts, it can interfere with some of the chemical messengers in the brain.

That includes the messengers that tell the penis to fill with blood when a person feels aroused. So, even if you take Cialis, but your system is full of alcohol, it may take the drug more time to work.

Moreover, taking Cialis with alcohol may also cause a huge drop in your blood pressure. So, you may end up experiencing the symptoms of low BP, which can then also decrease your performance in bed.

For those reasons, it’s best to avoid drinking alcohol if you have plans to take Cialis as needed. However, if you’d still like to drink, limit it to moderate amounts. Drinking in moderation means drinking fewer than three standard drinks a day.

Also, mind the amount of alcohol or alcohol concentration in the beverage.

For example, a 1.5-ounce of strong liquor (gin, vodka, etc.) can contain 40% alcohol. This potency is roughly equivalent to a 12-ounce beer with a 5% alcohol content or a 5-ounce glass of wine.

So, if you think drinking may help you relax, be sure you limit it to two 1.5-oz. shots of liquor or two 12-oz. servings of beer. If you prefer wine, avoid drinking more than two 5-ounce servings.

Are There People Who Shouldn’t Take Cialis?

Cialis may be unsafe for people who take nitroglycerin, another type of vasodilator. Taking the two together can result in a significant drop in blood pressure.

As mentioned above, the symptoms of low BP can rain on your night parade. So, make sure that you avoid taking Cialis if you’re already taking nitroglycerin.

Men with uncontrolled BP and who take alpha-blockers shouldn’t take Cialis, either. That’s because alpha-blockers are also for treating high blood pressure levels. So, taking both around the same time can pull your BP too low and result in serious side effects.

There you have it, all the key facts you need to know about Cialis and its onset of action. Just remember that while it may work in as little as 30 minutes, it may take longer for other people.

So, it’s best to take as-needed Cialis at least two hours before sex. However, if you’re on a once-a-day dose, take it at the same time every day.

Ready to regain control of your sex life? Then we here at 90-Day Meds can help you get started! Connect with us now so we can help you order your prescribed Cialis online.

Erectile Dysfunction Pills: How to Protect Yourself When Buying Online